2013 has been an incredibly influential year for me.  In my first full season with QT2 I completed roughly 150 miles in the water, 6,000 miles+ on the bike (most of which solo on the trainer in my apartment) and well over 1000 miles on the run (many in the deep frigid snows of Buffalo).  600+ raw volume hours invested from start of base to Placid, and not counting beyond, while working 40 hours/week and balancing time for friends and family whenever possible.  I’ve raced triathlons in 5 states including New York, New Jersey, Maryland, Nevada and California, PR’d in both the half and full distances, in the midst of changing jobs and moving across the country.  I’ve won a few small races but also broken down when it mattered most.  And throughout this year long journey, with all its ups and downs, two critical elements were gained that I am certain will be key above anything else, invaluable pieces of the puzzle that will undoubtedly shape my progression in the years to come.

Nothing is more critical to development.  The greatest leap in my athletic career came the day I walked off the soccer field and onto the track in college, and the sole contributor to that instant minute/mile gain in pace came from the heels of the teammates I was running on.  When satisfying some superficial sense of athletic accomplishment or having a reason to talk to the track girls was all that mattered six minute miles were enough, only after joining a D1 program and surrounding myself with likeminded individuals was I able to realize that I was capable of much more. 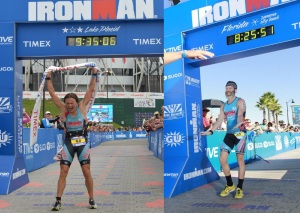 Fast forward five years and I had accepted that winning small local 5k’s or completing an Ironman was enough.  Qualifying for Boston was a daunting task, I only knew one person in the entire city of Buffalo to go under ten hours in the Full and I thought he was a legend.  Then a friend encouraged me to join QT2 and I was introduced to my first coach who I soon found out had qualified for Boston on the run course in Kona, followed by my second coach who turned pro at Placid and went 8:25 at Florida this year.  I am completely aware that accomplishments don’t make a coach but a mutual sense of compassion (the route of the word meaning to suffer together) makes it easier to put your trust in a person and a program.   In the process of a year I have surrounded myself with the right people.  Whereas a ten hour Full used to be the standard there are now teammates going eights and girls crushing nines.  Where a three hour trainer ride was long just a year ago, seven hours isn’t out of the question, and that’s with a near hour run off the bike.  The bar has been raised!  Although I understand that’s no indication of my own ability it’s made me hungry to fit in, be it at the bottom, among all the talented individuals I have met through QT2 and out in California, which leads me to the second piece –

I experienced a break through moment this past winter at a bar in Buffalo with a girl I just met.  In a tired daze I explained how I do Ironmans and that I had a four hour ride to do in the morning, to which she responded “triathlon?  Isn’t that a run, bike and swim or something??  Have you ever done Crossfit?  I’m training for a Mudder but I haven’t started running yet…”  I could have told her I did a ten hour Ironman, or seventeen, or three for that matter and the response would have been the same.  It made me ask “what am I doing at this bar, near three in the morning, surrounded by college kids?  Why torture myself?!?”  But the thing to understand about Buffalo is that’s what we do, and I don’t mean this in an offensive way.  There’s a reason why the same number of Pro’s that might occupy a block in Santa Monica are hard to find in all of Western NY.  Holding onto athletics after college in a city like Buffalo is very hard work.  Long cold winters, Labat Blue, peer pressure to stay out late (4am last call), chicken wings, tailgating, etc.  The truth is, had I stayed another year I probably wouldn’t be able to keep doing what I’m doing now.  I didn’t really understand just how hard I had been pushing to maintain until I made the recent move to Southern California. 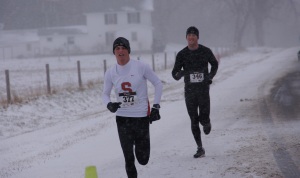 Five hour solo trainer rides in the living room of my Buffalo apartment to suddenly beautiful centuries along the ocean, up and down the cost on PCH, or into the Santa Monica mountains with hundreds, if not thousands of riders all around, delighting in the same activity.  Swimming workouts in the 80 degree water of a YMCA, next to geriatric aerobics while kids jump in and out of my lane to year round practice under the stars with a handful of pro triathletes always ending with a beautiful ocean sunrise on the way to work.  Cold, dark, late solo runs doing laps through the snow in Delaware Park to runs on the path to Santa Monica Pier and up towards Malibu on the beach with people all around, not necessarily running or cycling but playing volleyball, surfing, dancing, doing yoga, etc.  You can say it’s been quite the culture shock and a much needed change for me. 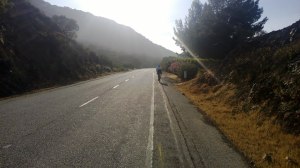 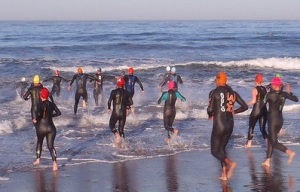 Maybe I could have continued to do what I did in Buffalo, after all it’s who I am, but coming from my roots into this new environment has allowed me to truly appreciate every added benefit out here, and I am so lucky to now be investing my time while enriching my life as well.  I used to do workouts in the snow and after a while realize I had forgotten what it felt like to do a triathlon, meanwhile now I have limitless opportunities to compete year round races of all kinds.  I used to drip sweat on the trainer and tell myself ”Placid, Placid, Placid,..” whereas now I can do a workout because there’s nothing else I would rather be doing, and people understand that here.  I can still go out and have fun from time to time (I’ve been very appreciative of the local tri community taking me in and showing me a great time these last couple months) but it’s often with other athletes who have the same workouts to do in the morning, and therefore make the right decisions, or enjoy themselves more because the opportunities are so few and far between. 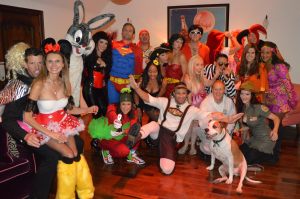 One final point is that when I started 2013 I did have goals, to go to Kona, see if I had what it takes to get to the next level.  I told myself “this is my year”.  Only now do I realize the limitless talent is out there, or how much work and sacrifice, especially time that it takes to improve.  My goals in 2014 are much simpler, train harder, recover smarter, eat better, trust in my program and establish a foundation for wherever this sport will take me in the years to come.  Soon I’ll be turning 30 and with the relocation I am no longer a washed up college athlete, but a young triathlete getting started in the best place I could be.  I no longer feel like this is my year, rather this is my life.  I am incredibly grateful to be where I am and be doing what I love and am chomping at the bit to start putting in the work for 2014.

← Life in the Comfort Zone
What a difference a year makes!! →