This past weekend was my kick-off first triathlon of the 2014 season and while I had friends racing in Ironman 70.3 New Orleans and Florida I made the solo trip north for the first of two HITS races (triathlon on a budget) beginning with the Napa Valley Half Ironman. I was very pleased to achieve my first overall podium, coming in 3rd place, however I’ve got to state for the record that this was a smaller race with only a couple pro’s participating (one female and one recently retired male). None the less I was very satisfied with my performance on a VERY hilly course, particularly for a HUGE 6 minute PR in the swim thanks to Gerry Rodriguez and the training I’ve received in just 6 months with Tower26, and a monster closing 13.1 just a month after the LA marathon, thanks to the work put in by Vinny Johnson and QT2 to get me recovered and faster than ever.

Just how hilly was the course?? I put together this graph for representation – 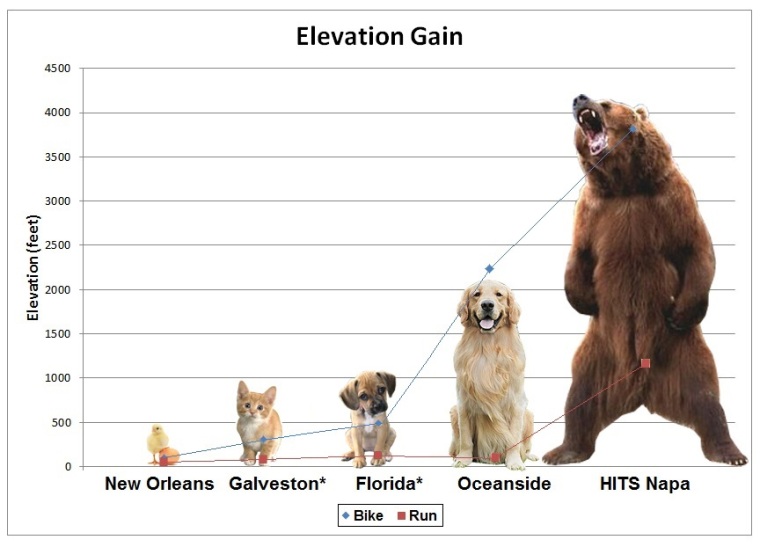 Confirmed by my Garmin file, that of another athlete racing, and from an online source, if you add the elevation change of Ironman 70.3 New Orleans, Galveston, Florida and Oceanside together it’s still shy of Napa, particularly in the run which blows the other three away. Last year I would have been satisfied with a 4:33, not this year, but when you take the course into consideration that’s a very happy number. I had no idea what I was getting myself into until making small talk with the other athletes at the swim start. What I heard made me smile as QT2 athletes excel on hilly courses. A few months of training in the Santa Monica Mountains and an easy 80 miles with 8,000 ft of elevation the Sunday before with fellow T26er Jim Lubinski had me confident and begging to get started.

I imagine I should have been nervous toeing the water at the start of my first triathlon of the season, but the only emotion I had was pure excitement. The reason… 6 months ago I joined up with a local swim program, Tower26, and ever since I have been watching my swim numbers come down at a scary rate. I knew I was ready to destroy my old swim times of 38’s, but by just how much I had no idea and was ready to find out. I couldn’t see my watch as I exited the water because it was under my wetsuit, however leaving transition I took a glance and was awe struck to see under 33 minutes!! The swim is proportionally only about 10% of the race and out of 4:30, 6 minutes may not seem like much, but for me it’s the difference between being in the race and just playing catch up. 18th out of the water is still not perfect but it’s a far cry from the 60th I would have been at this race with last year’s times. 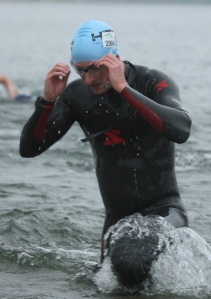 Gerry attributes my development, and the rest of those in the program to 4 key attributes –

If you look at video of me swimming just a year ago it’s pretty sad. The biggest detriment to improvement I’ve found is that it is very difficult to understand what you’re doing in the water. There is a large disconnect between what I believe I am doing and what I’m actually doing. That’s why it has been so integral having a coach make real time corrections in technique and form. It’s helped me go from the old “fetus” creature of a swimmer to longer, taughter and more streamlined (still more work to go!).

In terms of hours I am now doing about double what I was doing last year, from 3 to 5.5, but in terms of yards, with increased pace, I am swimming three times the distance, from 6-7k to just under 20k/week!

It is very challenging to stick to the things that are difficult to do. When I first tried swimming with ankle bands back in Buffalo I was stopped by a local coach who asked if it was ‘really what I should be doing’ (that ugly) and I could barely kick one length across the pool. Since joining with T26 I have hated with all my soul doing kick sets including vertical kicking and backstroke kick, pulling with ankle straps and weighted buoys, any stroke other than freestyle (particularly fly), and swimming faster while slowing down (bringing down my cadence). Gerry has emphasized the importance of creating purpose in every length and the truth is I’ve gone from not being able to keep up, to holding pace and am even leading my lane from time to time. When the gear comes off I feel like a different swimmer.

The program is very season oriented from a timing perspective to peek when it matters however the specifics are a little beyond me.

Not since Cross Country and Soccer back at the University of Buffalo have I felt a sense of responsibility to a team as I do now, from a perspective of not wanting to let my coach down as well as underperform around my lane mates. Waking up at 5am most days can be difficult, and I’ve struggled with it in the past, but all that has changed with a sense of loyalty to give my best and show up morning after morning.

I have no doubt that I can get under 30 minutes, and am looking forward to see what I can accomplish not just in a season but in seasons to come.

The bike course began with a steep, steady climb for the first 12 miles. The objective here was maintain as close to 159bpm as possible, not exceeding 170bpm. Unfortunately my rhythm was out of whack as my initial HR was instantly over 170bpm, but fortunately my experience let me know that this was not due to exertion, rather a side effect of the swim. I went off of effort for the first 30 minutes until HR settled, picking people off. I’m one of the rare ones that actually looks forward to hills because in training it’s easier to keep power and HR up, it’s the downhill’s that look bad on a data file (speed is useless). 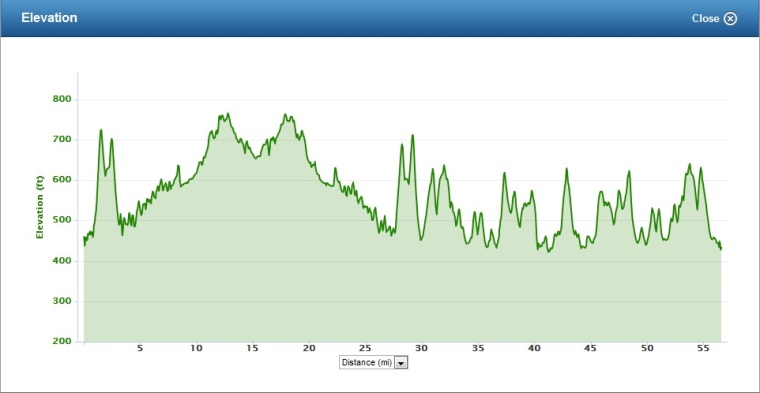 I saw the first athlete go by and started counting time and place till the turn around. I noticed I was in 8th 10 minutes back of 1st, which is the farthest up I’d ever been. From there I inched up to 5th before making a wrong turn which sent me back to 7th (being in the front is cool, but HITS could do a better job marking the course). The course stayed difficult throughout but it was in my favor as I kept passing on the uphill’s, getting off the bike in 4th. 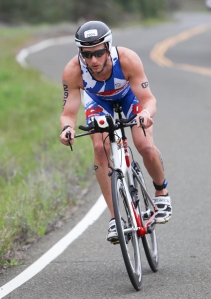 The Run (This was difficult!!) 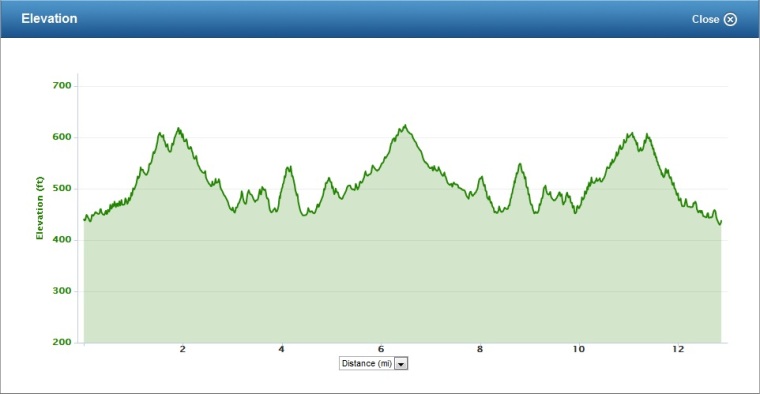 I began the run in 3rd as 4th place had to serve a penalty. I figured it would be a waiting game until 2nd died. I could see him about a quarter mile ahead as we began a straight 1.5 mile uphill climb. Again, I excel at uphill running but have gotten terrible at running downhill. The goal was 169bpm throughout however it took me a good amount of time to be able to get my HR up there. I kept chasing but didn’t seem to get any closer. I was amazed to realize I couldn’t catch him, finishing just 50 seconds off of 2nd, but the memory of falling short will be good fuel for training so that I won’t let it happen again. Still, despite the miserable course, I ended up having the fastest run split and a run PR with 1:20:28 (6:08/mile!). 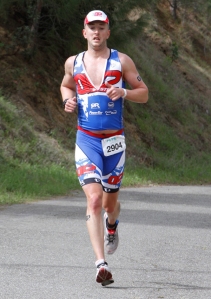 I’ve never felt so strong in a race before! I attribute it to a combination of feeling better getting onto the bike (from all the work in the pool), a solid block of training after the LA Marathon including plenty of time in the mountains, and sticking to my fuel/pacing plan. Finally my HR and muscles teamed up so that neither muscle fatigue nor exhaustion was a leading deterrent. The result was feeling like Superman, having the confidence that once I passed someone I wouldn’t be seeing them again. A couple take aways –

It was sad for me to bring my training bike to Napa to race on (only P1 with 808’s in history). I’ve had my race frame hanging on the wall for months now but have not been able to put the pieces together as I am waiting on a group. I know “it’s not the bike, it’s the engine” but it doesn’t help the couple times I dropped chain on the uphills of this nasty bike course. 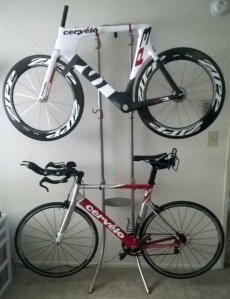 I need to get better at peeing! As gross as it sounds I knew I was well hydrated because I had to go 4 times on the bike, but each time I had to stop peddling and coast which cost me some time. If I can master peeing and pedaling it will be an advantage in the future. 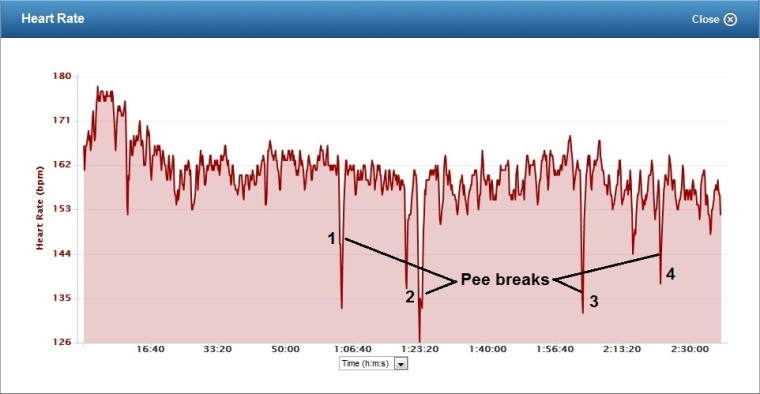 Very important – I saw many people dressed the part in fancy spandex with expensive bikes. At the beginning of the season sizing up the competition can be intimidating. I also saw some of the same people walking across the finish over 6 hours. Muscles and equipment don’t hold a candle to training. It’s like my coach says, it’s all about overload, racing is just the cake.

Lastly, I just wanted to say thank you to my hosts, Sabrina and Matt, and express how nice it was to meet up with friends on this trip. I thought it would be a solo experience but the tri world is a small community and you never know who you’ll see. I’ll keep this in mind as I look forward to my next event, the HITS Grand Junction Full Aquabike in one month. 22 hours of driving for a 6 hour race, sweet!! 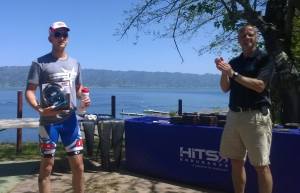 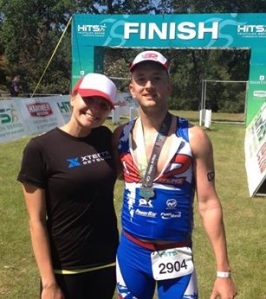 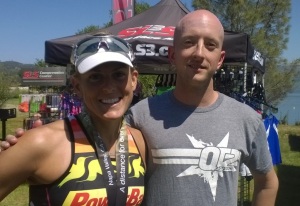 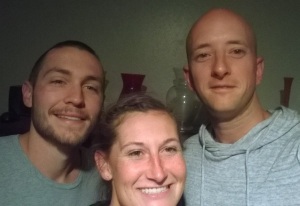 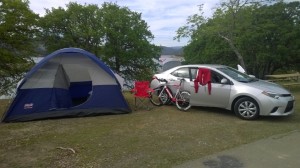 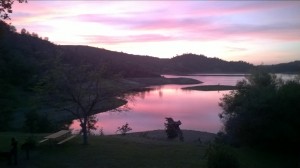