It’s difficult to explain the Bungalow to an outsider for the joy and misery it has brought me over the years.  It is the quintessential LA experience, $11 beers, ocean sunset views, upscale atmosphere, Ray Bans, perfect hair and absurd cleavage.  Full of the most beautiful people imaginable with the ugliest of personalities.  You’re likely to bump into a celebrity every once in a while, or the rest of the time someone who thinks/acts like they are.  Last I was there, and this is 100% true, I overheard two girls making fun of a blind guy with cane in hand –

Can you help me find the girl I came with?

Is she your girlfriend?

That’s nice, where did you meet, the Sunglass Hut??

Still I make appearances there for birthdays/special occasions or at the end of the night pending the typical infinite and unwavering line outside.  Arriving is always a terrible experience but after only a few overpriced beers it transforms into something greater, like a Steven Segal movie perhaps, appalling yet unintentionally entertaining.  If you can enjoy watching the crowds without interacting, appreciate the beautiful scenery and enjoy the company you came with it is a great option.  The downside is the inevitable aftermath of being convinced to commingle by your friends.  Each time I say no, I’ve learned my lesson, but after repeated requests and some liquid encouragement I make the same mistake, or am approached, generally when unsolicited.

The story of Bungalow Girl takes place on an evening I decided to drop in to catch up briefly with a couple of recently engaged friends.  We showed up early enough to avoid a line, with the intentions of sharing a beer or two due to early morning workouts.    At the time Colin and I were standing by the bar, innocently talking when a girl abruptly barged into our conversation throwing a crunched up $10 bill in my face. 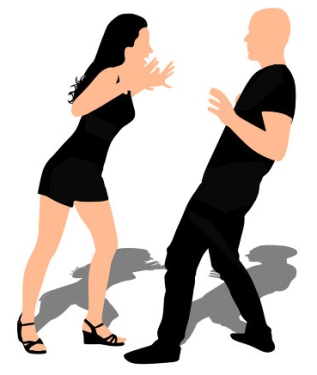 “Is this all I am” she said “an object to be bought, a pretty thing to be impressed with money?!?”

“Wooah, calm down” I said, “what are you talking about??”

She went on to explain how all the guys at the bar were “stuck up rich douches” who believed they could impress any girl by throwing money around.  She was clearly upset, a little drunk, younger (around 23) and something of a hot mess.  She went on to explain that like me she was new to LA and struggling to meet quality people, so against my better judgment I agreed to hear her out.

“It’s so hard finding anyone real around here…”

“Well you’re problem’s simple, you’re looking in the wrong places.  What else should you expect from spot like this??”

“Well where should I look then??”

“I’ve found a lot of success from clubs and athletic groups.  When people share interests they’re much more likely to bond and be worthy of talking to.  I have to admit though it’s been hard, it took a good year for me to find friends and feel comfortable in a new area so far from home.”

As we talked I found myself warming up to her.  There was very little interest at first but the more I got to know her the more I felt we had in common.

She went on to explain how she came out to the West Coast solo, that she had a decent education and had recently taken a good job responsible for the move.  She mentioned that she was into running and looking for a group to train with.

“There’s lots of good groups I can recommend…”

She also said she had been on a few dates, all with horrible outcomes.  Just finding girl friends seemed impossible.

By this point it had been 45 minutes of talking to this girl and I hadn’t been able to catch up with the couple I had shown up with, but I was feeling much more comfortable with and even a little into her despite the rude introduction.

“Listen” I said, “I feel bad ignoring my friends any longer but it has been nice speaking with you.  Why don’t I give you my number just in case you’d like to get together, even as friends only.”

Offering my number vs asking for hers is a safe way for me to extend an invitation without the fear of rejection, or at least I had thought.

Her response “ohh, I would NEVER call you!”

I could not believe this comeback.  After her 45 minutes of complaining about how hard it is to meet friends or anyone nice, after her approaching me, and after nothing offensive or misleading in any way she had to shut me down in such a rude fashion.

“I can give you my number” she said, to which I replied “I’m ok”, and walked off.

My only vindication from the encounter was seeing her carried out by the bouncers hours later.  A slight victory to why I was hesitant and never should have gotten involved in the first place.  A flaw in my character to give the benefit of the doubt I suppose.

I shouldn’t be surprised, I’ve seen this before.  What is it that makes a certain person feel better from bringing someone else down?  Like some twisted game of war where by winning the battle you absorb the other’s confidence for your own.  Louis CK does a funny skit on this in which presented with the common phrase when approaching women “what do you have to lose?” he responds with “A FUCKING LOT!”  18 years later I can still vividly remember getting shot down on the deck of some cruise boat at our 8th grade Washington DC school trip.  I had nothing to gain then.

The realities of present day dating in the setting of LA are much harsher, where the stakes are higher and the standards through the roof.  Sometimes I feel like we’ve lost touch of the whole point of this thing, blinded by superficial guide lines we’ve established and perhaps since forgotten why.  I’ve seen beautiful women do terrible things claiming insecurity and fortunate guys take their blessings for granted, throwing opportunity away for the chance at the next thrill, the 5% of both sexes doing enough damage to ruin things for the rest of us.  I used to get angry at these people but now I feel sad for how difficult it must be for them to find happiness.

I’ve learned through experience the best strategy, when approaching new people, for dating, friendship or whatever is to hope for the best but expect the worst and allow them to show you something worthy of effort without allowing for any personal vulnerability.  With the case of Bungalow Girl how might this apply?  On the surface everything would remain the same, but internally I’d remain emotionally shielded and when the finishing move of “ohh, I would NEVER call you!” came I would just smile and walk away unaffected.  Much easier said than done, but with practice not unachievable.  And as a silver lining, the bad experiences and personalities only serve for greater appreciation for the good and quality people in your life.  I still believe finding one good apple in a sea of rotten ones is worth the search.