With Texas only 3 weeks away it’s time for everyone to post on the Facebook how impressive there final large weekend of training has been.  This aspect has been somewhat overshadowed on the Ironman Texas 20XX FB group by the recent flooding and lack of a bike course, but still present.  I’m not sure what I enjoy reading about more, those who have gone out and completed greater than an Ironman in swim, bike, run training in just 2 days or those who still have to dust off their bike for it’s inaugural first outdoor ride of the season.  The answer is the MEME’s, for sure the MEME’s –

I’d like to just take a moment and reflect.  There was a time when I dreaded overload, or whatever it was called, but since I’ve grown to appreciate it greatly.  I don’t know how many more years will afford me the privilege of a weekend, 2 or 3 with the sole intention of eating, sleeping and training (that last piece being the important differentiatior from couch potato and weekend warrior).  It’s nice to be able to run 20 miles after a swim workout, bike a century in the morning with a run off and still feel pretty damn good.  It’s nice to feel justified in slamming meal after meal while watching TV before passing out at 8pm.  It’s nice to get help on the big efforts from training partners and give a call the minute you get home to see how your triathlon buddies did on the east coast.

I finished my last few miles yesterday thinking “damn, this doesn’t feel too bad!”  The harsh reality following “I don’t look forward to doing this for 20 more miles, after a 2.4 mile swim, in 100 degree temps, strong winds and high humidity” the hell that’s already been described to me numerous times.  But I’ve done my work, as prescribed.  This will be my 7th Full Ironman.  I’ve taken all expectations out of the thing.  I know my day will eventually come, but am open to the fact that it might take a while, as in years.  I don’t really remember my first 6 or so Marathon attempts but I STRONGLY recall the moment of crossing the finish line for my first BQ and sub 3.

So we’ll see what will happen.  I’m honestly very excited to see what unfolds… 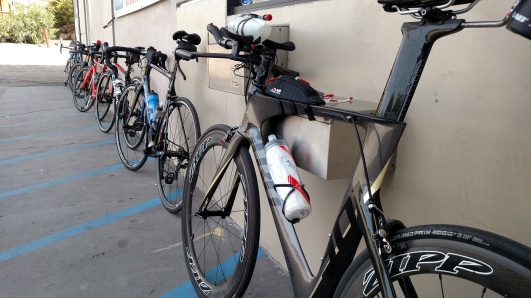 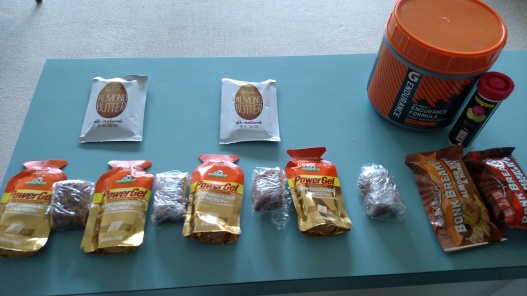 Transition on the beach from the back of my Jeep 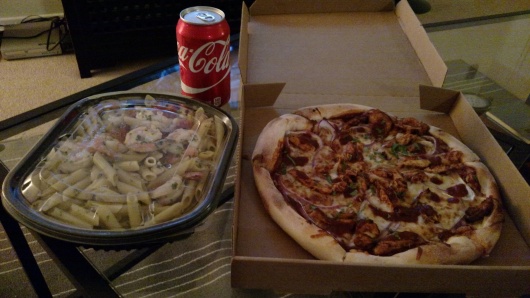 She said either meal would be good for 2 people, so I got 2 of each

Century brick run off averages (1 mile up/1 mile down)