I remember a younger Welby when I first got serious in the sport of Triathlon, experienced in the pain of competitive running and somewhat lingering on the fumes of my collegiate career believing that the 95% of time spent training was the suffering we owed to achieve the fruits of our labor, savoring in the 5% of competitive achievement on race day.  I thought that the work was simply an unwanted but necessary means for success.  That was before I got hurt back in 2015 and realized how much I missed simply training – the endorphin kick, feeling of accomplishment and appreciation for results.  So far in 2017 I have loved every cold, wet, painful second spent in this sport, thankful to be healthy and happy with my small but steady improvements in run pacing, bike power, swim comfort and weight management.  I’m a man of numbers and the way everything was adding up left me entering my first 70.3 of 2017 with 0% fear and 100% excitement.   All I wanted so desperately to do was get out there and show everyone what I knew I was capable of, and despite the competitiveness Oceanside always brings knew that if all went according to plan that my season goal of a Worlds spot was fully achievable.  The day was one of high highs and low lows, racing my heart out, believing it was all for nothing and then a surprise victory at roll-downs, finally securing that spot for 2017. 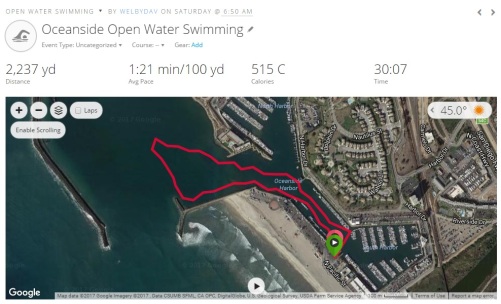 In the weeks leading up to race day I got very excited about the idea of utilizing the first time streaming swim start to pace line with my Tower26 lane-mates.  We even practiced the Thursday before the race alternating each 100 strokes for an effortless 1:15 paced swim.  The idea was sound and I’d try it again if I could but the unfortunate reality was that it was not meant to be.  I lost my buddies John and George within the first 100 yards or so then was surprised to find us at the turnaround all within reach of each other yet working individually.  I tapped John on his side a few times and yelled “George” to try to get us back together.  Ironically we entered the chute within a few seconds of each, all on our own.  Still a good start! 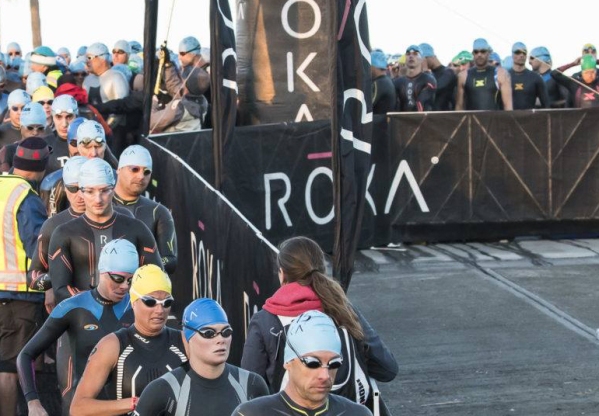 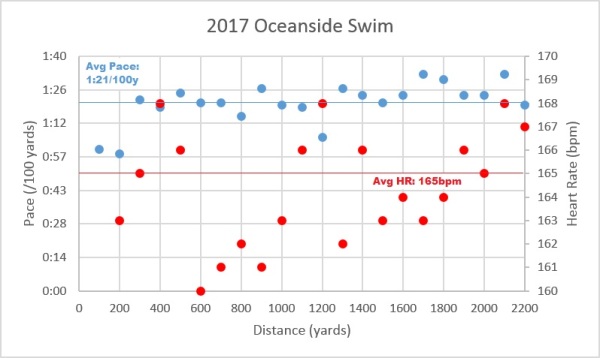 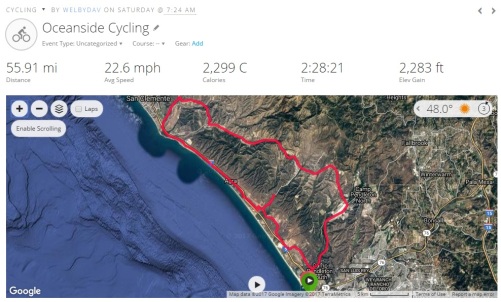 Talk about a let down but an unintended benefit.  We began the bike very clustered.  I passed Sebastian heading out of T1 and found myself still next to John and another friend Dusty.  I was unhappy about the proximity because it made it very difficult to ride my race, instead of keeping at my target of 260 watts having to jump up to 330 watts to pass a string of 2 or 3 riders at a time so that I wouldn’t get penalized for drafting.  I spent the first half of the race very nervous about a penalty that never came.  Then as the group began to open up, around two thirds in, while climbing a slight up hill at 18mph I heard a motorcycle as I was moving up on a rider to pass.  I didn’t want there to be any doubt that I was following the rules so I got out of aero and moved completely over to continue passing.  I assume the official saw this as an admission of guilt rather than a protective gesture because she pulled up and gave me a blue card.  Following her instructions I asked how long I would have to serve to which she said “5 minutes”.

5 GOD DAMN MF MINUTES!!!  In a race of seconds this was a death penalty.  My immediate thought was “Which race can I reasonably afford to fly to in June to try this again??”, but then thought of that YouTube clip of that girl who tripped and got up to end up winning the 800.  I thought ‘maybe if I race out of my mind’, save a minute here, 2 more on the run there’s still a chance.  I immediately forgot my pace plan and preceded to do the next 5 miles at 280 watts.  I figured I’d go above my means until the penalty tent then recover, but I was surprised to find out there wasn’t a tent until Transition. 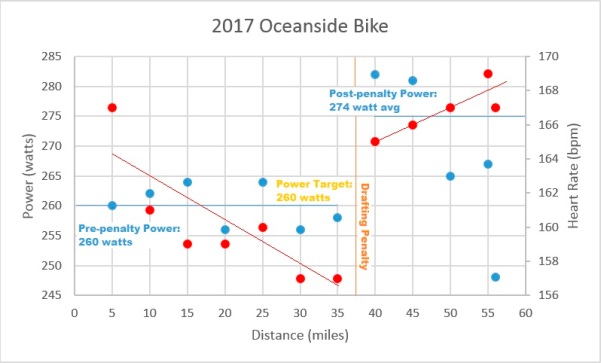 I grabbed all of my run equipment and sprinted with it in hand to the penalty tent I hadn’t seen coming into transition, but caught on the way out.  I yelled “604, 5 minute drafting”!  Once a stopwatch was placed around my neck I began slamming nutrition, pouring water on myself and going #1, which might be illegal, I don’t know, but I was so soaked it was unrecognizable.  I looked down and told the official “Time isn’t moving!!”, to which she responded “It feels that way doesn’t it”, to which I responded “NO, LOOK!!”.  The 1980’s style stop watch she had handed me was dead, frozen on 1:30.  I told her “this is killing me, what do we do?” to which she made up the number “3 more minutes”.  Part of me wanted to run, refusing to suffer from their mistake, but I stood there anxiously and waited. 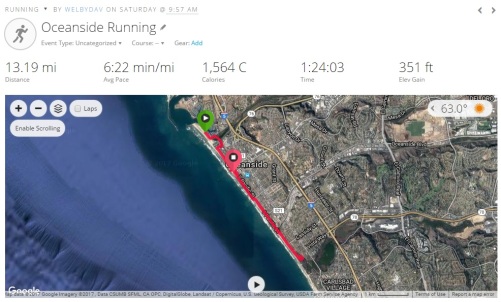 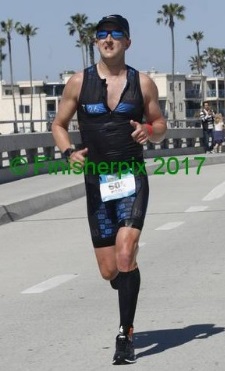 As soon as she said “Go” I was out sprinting.  I’ve never taken a down minute (or 5) so the contrast left me running out well above my intended goal of 6:40 to start.  When mile 1 clicked off at 5:55 I decided I’d slow down a bit but throw my plan out the window and just go for it by feel.  I kept the pace consistent in the 6:teens, taking the up and down-hills easy knowing I may have shredded my legs a bit more than intended on the bike.  I was passed by two EMJ athletes I had friend-ed earlier, both great athletes who ran by me like I wasn’t moving, but later joined up with due to intestinal issues, etc.  Despite the pace I had this surreal confidence that I could maintain and even pick it up, which I did in the last stretch at 6:08 pace.  I was pleading from friends supporting along the route to let me know my place and felt every second was the potential to make or break my day, if I could only chase down enough guys.  I entered that final shoot seeing red, having given it everything I had. 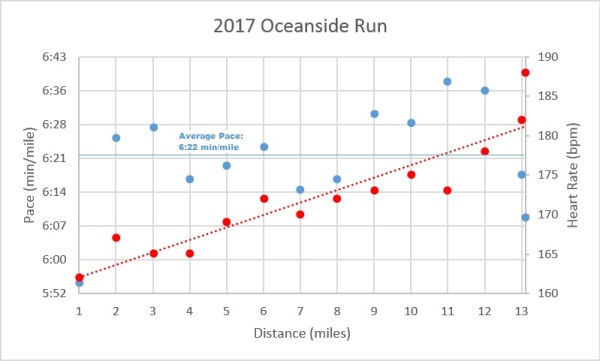 Turns out in a field of 197 athletes (30-34) I was 19th out of the water, 9th at the start of the run and despite my 5 minute penalty lost no places finishing 8th in AG.  If it was not for those 5 minutes I suppose I may have been 7th amateur and podium-ed 4th in AG (there being 4 slots for Worlds).  This thought crushed me at first!  But you can’t always control the outcome, only the effort you put in and I had given it my best. I went to awards/roll-downs with zero hope but a strange thing happened.  Unlike at Vineman where there was not a slot passed on in this race it rolled, quite a bit in every age group.  Enough for me to get that spot to the big show I had desperately wanted, not because of the prestige or accomplishment, but because now I will be happy to share this special experience with a number of good friends who have qualified come September.   I am truly looking forward to it!! 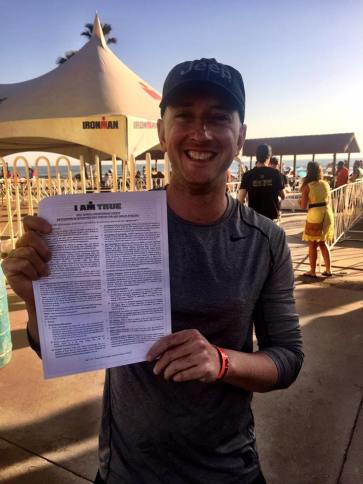 Congrats to everyone who raced.  I look forward to this one again year after year. 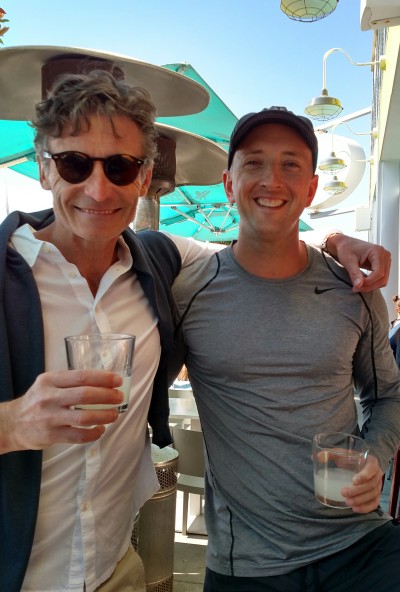 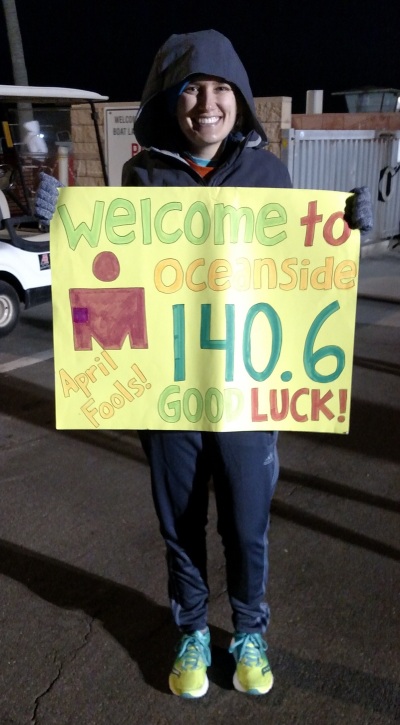